This is a guest post and the article is written by: Oguntayo Favour Morenike, She has won a couple of awards which includes: 2nd prize fiction winner for a story she wrote which was organised by Towunmi Coker Literary Initiative.Enjoy the post!

“A people without a knowledge of their past history, origin and culture is like a tree without roots.”-Marcus Garvey. 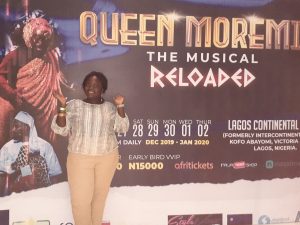 I remember vividly how captivated I was the first time I heard about Queen Moremi Ajasoro of Ile-Ife. It was in the book “Moremi, the Courageous Queen” by Segun Thomas Ajayi that I first read about this indomitable Yoruba queen of the 12th century. ( Also referred to as Queen of liberty).

Moremi was from Lukugba compound in Ile-Ife, her mother was a princess from Offa. Moremi was married to the king of Ile-Ife, Oranmiyan. she lived during the period of constant raids on the people of Ile-Ife by what they believed were spirits sent by the gods to punish them.

After missing the initial showing of Queen Moremi Ajasoro the musical in May, 2019, I was elated when I discovered it was coming back to  stage in December and I was definitely not going to let this opportunity pass by again.

I decided to go for the 3pm showing of the musical on 3oth December 2019. I got to the venue just about two minutes before the show started (Lagos traffic).I made my way up to the 3rd floor of the Lagos Continental Hotel ( formerly Intercontinental Hotel) in Victoria Island where the musical was happening.

The show lasted for about 90 minutes. In those 90 minutes the story of Queen Moremi was told beautifully, detailing how her braveness led to the freedom of the people of Ile-Ife.

During the show we were taken back in time to a period in history where Ife the ancestral home of the Yoruba people faced a great disaster due to constant invasions from masked unknown people who they believed were spirits. At the end of each invasion the invaders would take farm products, also women and children as slaves.

A concerned Moremi who was worried about her people after several attempts to appease the gods and free her people from the terrors from the spirits they believed were sent to them as punishment. She visits Esimirin, the river goddess who taught Moremi what to do.

In line with the instructions, Moremi allowed herself to be captured during the next attack. Her beauty and charm made her very attractive so Moremi was given to the king of the strange people as wife.

As the wife of their king, Moremi was able to get their weak point- fire. Moremi informed the people of Ile-Ife so they prepared for the next attack. When the next attack came they were all prepared with torches of fire, thus defeating the unknown people who were discovered to be the Ugbo people.

Moremi and the people of Ife took gifts of appreciation to the river goddess, Esimirin, but she rejected all these and requested for the life of Oluorogbo, Moremi’s only son. Moremi made the sacrifice for the sake of her people.

As Moremi bent over her son singing songs of lamentation, the people of Ife promised to be her sons and daughters forever.

Definitely worth it. From the sound, to the acting, the dancing to the language, the dressing to the music. Perfection! I probably shed a tear or two. Money well spent. It was definitely a worthwhile experience and I am looking forward to many more stage plays like this one.

The bravery of Queen Moremi Ajasoro ended the human trafficking of her people. A feminist queen! 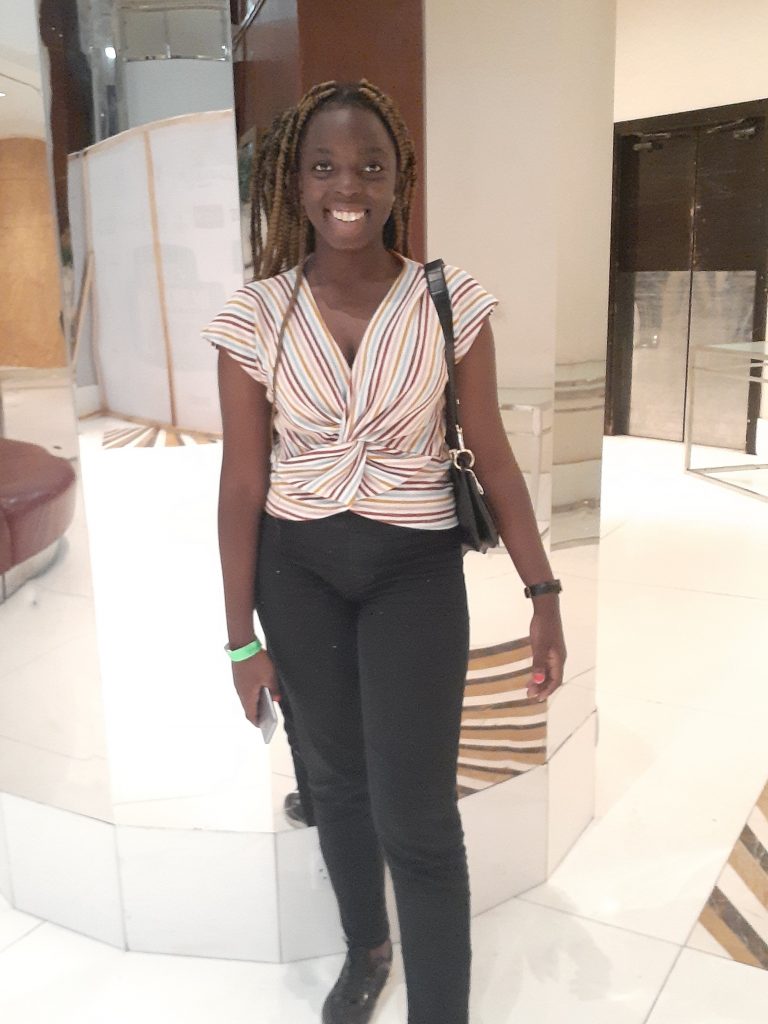 View other posts below: